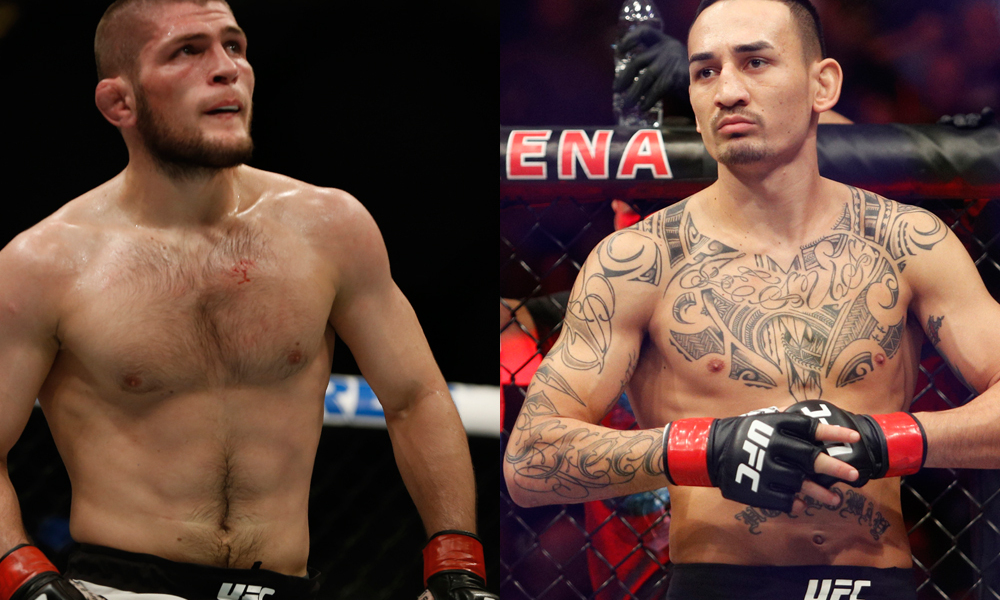 The headline fight of UFC 223 is Russian Khabib Nurmagomedov versus American Max Holloway.

When: Saturday, April 7 2018
Where: Barclays Center in Brooklyn, New York

Record: 25-0
Nurmagomedov is of Russian heritage and is a former wrestler. He won gold at the 2009 and 2010 World Championships.
His UFC career has been very successful so far as he holds a perfect 25-0 record. In his last fight, he beat Edson Barboza via decision at UFC 219.

Record: 19-3
Holloway fights out of Waianae, Hawaii and has a purple belt in Jiu-Jitsu.
Holloway has won his last 10 fights so he’ll be confident of victory, even on short notice. His last two fights have been against Jose Aldo and he won both via TKO (punches) in the 3rd round.
In 2017, he was named Fighter of the Year by RealSport, Pundit Arena, MMAFighting.com and BishopSportsNetwork.com

What kind of boxing gloves do I need?

What kind of boxing gloves do I need?