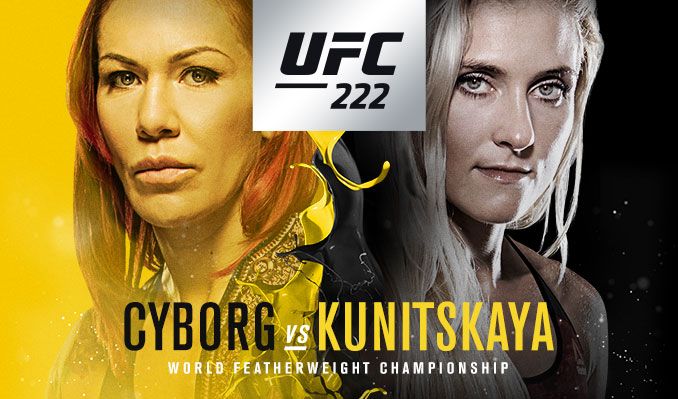 Cyborg has dominated UFC with a 19-1 record and will be looking for number 20 this Saturday. She’s coming off arguably her toughest fight night at UFC 219 when she won via decision against Holly Holm.

She fights with Chute Boxe Academy. She also has a black belt in Muay Thai and a brown belt in BJJ.
Instagram
Twitter

Russian Yana Kunitskaya is the underdog at UFC 222 but she’ll be fighting for victory. Her last fight was in August last year as she won via decision against Raquel Pa’aluhi.

She fights with Jackson Wink MMA Academy and has a 10-3 record in her MMA career so far.
Instagram
Twitter